Here at HWS we love a chat with creative musicians, DJ’s or remixers and who better than a couple of bods I’ve had the pleasure of growing up with and lived streets away from.
From the subways to the streets, they were picking up the best tunes. If it wasn’t for these guys and few others the area would possibly have dived into heavy hardcore rave music. Langlee, Tweedbank then Gala had just the right crowd on-centre at the right time from 1990 and the duo were learning their trade from that point.
Justin Wilson and Steve Cass aka No ‘Strings Attached’ popped into see us at HWS Towers. They are the best about …

Hi Mate – Thanks for inviting us along. Everything is going pretty well right now and although a fairly quiet year on the promoting front as we were slow of the mark securing dates with venues we have a few things bubbling away to keep us amused and have also started booking up for 2020.

To start with how did the title NSA come about and when was that established?

We had been planning to start a regular club night in Galashiels back in 1995 and after brainstorming potential names we managed to get it down to 3 or 4 but could not agree on it so started to concentrate on the set up as the venue we were going to use was in the basement of the local football stand so needed a fair bit of work to transform it into something that resembles a nightclub. We wanted to source a parachute to cover the ceiling and walls so the dance floor was like a small cocoon and after searching the yellow pages we found a company who sold club decor. When making the order the girl on the line said the type of parachute we are looking for has “no strings attached” and we just liked that at the time so ran with it.

I must give you guys a massive compliment for keeping the interest and vibe going down in Gala and of course Edinburgh.
So, for the readers, when did you start DJing – and what or who were your early passions and influences? What is it about music and/or sound that drew you to it?

Well, the influences would have to come from guys like yourself who were involved in the scene down south and introduced the sounds to Galashiels via mix tapes along with some legendary local nights with DJs Rich Bell, Scott Ferguson (Robot 84) and others. Another massive influence was going to The Citrus club in Edinburgh from the age of 17 which gave the opportunity to regularly hear the best DJs around like Fabi Paras, Andrew Weatherall, Justin Robertson, Craig Walsh etc and meet people who still come along to NSA to this day. The feeling, atmosphere and escapism of being in the club was always the draw created by the combination of great music, sound people & various substances.

Around this time we also got the chance to play early sets at some of the local nights as well as regular house parties and that sparked the idea for us to put on our own thing.

When doing the DJing considerations that go into deciding which track to play next? What makes two tracks a good fit? How far do you tend to plan ahead during a set?

It’s impossible to completely plan ahead but of course we will select a few tracks we think would work depending on where we are playing. We often play back 2 back so track selection is very last minute depending on what the other person finishes on and what you think is a best fit to try and keep the flow. Usually this works out quite well as feel we are good at reading a crowd. The last half hour can be a bit chaotic if the night is going off as you start thinking about the end of your set and what tracks you have not had the chance to play yet. 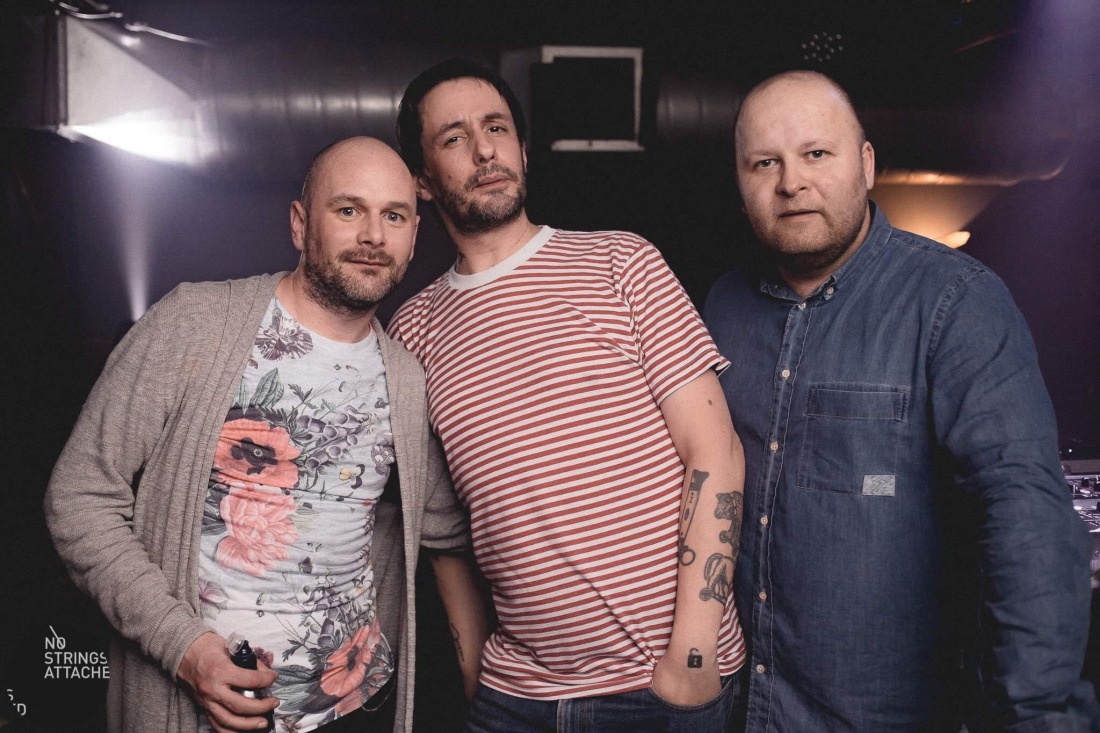 What were some of the main challenges and goals when starting out as a DJ and how have they changed over time?

As we generally warm up for our guests the goal is to try and set the tone for the night by gradually building it up before handing the reigns over to the headliner and by that time the crowd should be ready for them taking it up a gear. We don’t think that challenge has really changed but we have got a lot better at it.

What is it about DJing, compared to, say, producing your own music, that makes it interesting for you?

Producing is something we would like to do in the future and have had a couple of attempts in the past in collaboration with others but find it really difficult to stop changing our minds and running with something all the way through to a finished track. Djing provides real time satisfaction as someone else has already done the difficult part of creating the great music and all we have to do is put it on for an instant result.

You’ve been on the music and dance scene almost without fail for many, many years now. In terms of creativity, do you ever feel like you need to recharge? Where do you find the calm and energy to keep up with things?

We don’t put on or play at enough nights to get exhausted from it and the reason for this is we would rather do less and make them special rather than just doing it for the sake of it.

You still stay in the Gala area these days, I’ve always seen it as the cosmopolitan town in the Borders although it can be fickle at times. Do you think it’s still musically the best place for yourself to be?

Although we have had many great years in Galashiels, Edinburgh feels more like home these days and a great crowd come out to support the nights we have at The Mash House and Sneaky Pete’s including a strong contingent from Galashiels. The nights usually sell out but It still feels as if everyone know’s each other. Our aim is to make every night as good as or better than the last and one of the greatest compliments we ever received was hearing Andrew Weatherall say “That’s a proper Acid House party”.

The Fairydean still sometimes seems the spiritual home of NSA, you’ve had some top nights there over the years with cracking DJ’s. Does any of these nights stick out?

We have lost count of how many nights there have been in there but we have hosted many great DJs over the years that have all been special for different reasons. if we pick two stand out nights it would have to be when SLAM played for our 20th Birthday and the first time Ivan Smagghe played for us.
SLAM managed to play a track from every year from the last 2 decades so clearly put some thought into it and Ivan was meant to be playing at SNAFU in Aberdeen with us but the club closed down a few days prior to the night so we managed to quickly shift it to the dean and sell out within days. He played one of the best sets we have heard and has been back with us a few times since then.

One more night we want to mention was in Edinburgh rather than the dean but is pretty relevant just now given the mess that is Brexit.

The night was 24th June 2016 and the UK just voted to leave the EU. We had a big night with A Love From Outer Space at the mash house. The outcome of the vote resulted in a low mood which could be felt from the chat in the car picking up the DJs to the crowd coming through the door so we feared it might not go too well. However the club filled up quickly and the dance floor was rammed within 30 minutes of opening and the whole place went off. The soundtrack was perfect and the room was full of smiles all night as it was the tonic everyone needed at that moment and I’m sure it will stick out as a favourite for a lot of people.

Ibiza? Do you still visit? how often do you get over?

Not been to Ibiza in about 8 years so pretty detached from what is going on out there and can think of plenty other places we want to check out before returning. There are great festivals & clubs all over Europe that have far more appeal. Here are a couple of festivals and a couple of clubs to look up. Convenanza in Carcassonne (France) , Love International in Tisno (Croatia) Smala in Vilnius (Lithuania) and Robert Johnston (Frankfurt) Germany.

How would you actually describe your sound?

Nu Disco and whatever fits.

Celebrating 25 years of NSA which we are currently programming and can confirm it’s looking pretty tasty. Also really looking forward to getting back into putting on regular parties in Edinburgh again and perhaps releasing a track.

What was the last record you bought?

Last vinyl bought was an old electro compilation on the StreetSounds label that was a lucky find at Mauerpark flea market in Berlin. Another old find was made a bit closer to home which was Davorite – Electrick Dragon.

Adidas is the obvious choice and have owned many between us so will go with the classic Converse HI-Tops and TST which were stocked briefly in Xile a few years back and have become practically impossible to source now. Apparently footwear designer Seishi Tanks hand draws every design and hand finishes each of them after production. 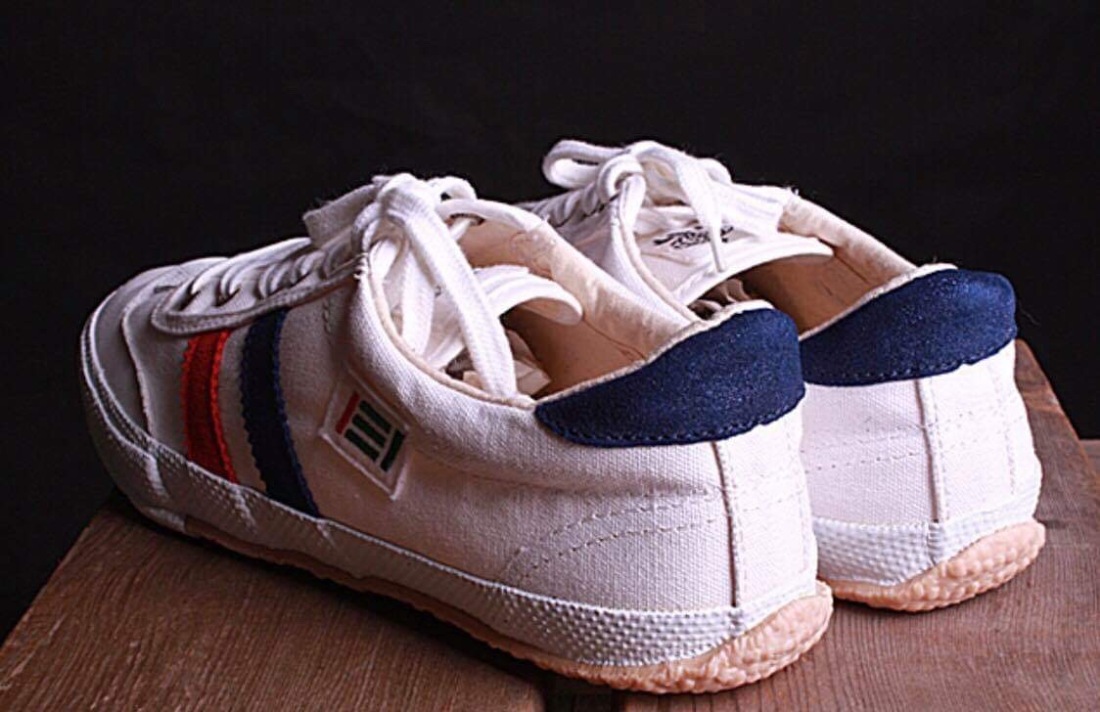 And the best DJ there is/was is?

Difficult question as so many favourites and our booking policy is based on who we think is the best but as you pinned us down to one we are going to go with Andrew Weatherall as he never fails to amaze and inspire and we are truly honoured he still regularly plays for us after first coming to NSA in 2000 when we were running out of Edinburgh’s most iconic club space The Venue. 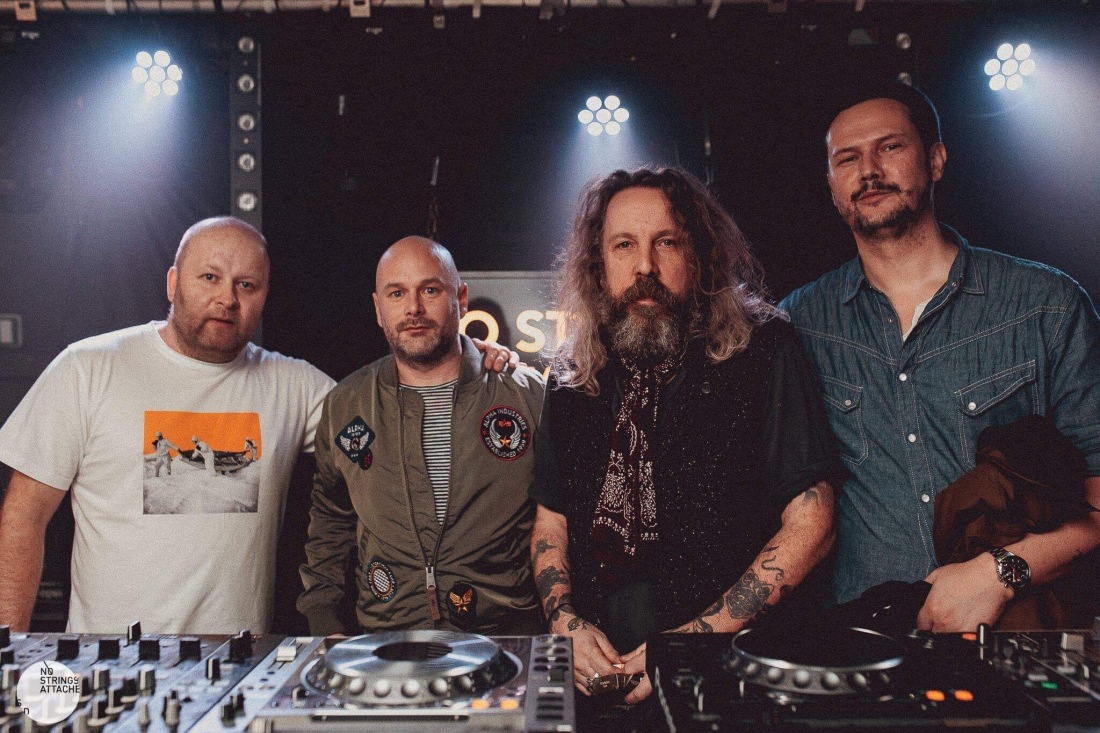 Lastly, what have you guys got coming up?

This Friday (August 2nd) we are playing for Tweak_ at the Liquid Rooms in Edinburgh for their night with Detroit’s Carl Craig. We are on from 11pm – 2am.

August 18th – Hectors House asked us to join them at 99 Hanover Street to support Ibiza’s godfather of chill Jose Padilla. We will be playing between his early evening sunset slot and warming things up for his club based set later in the night.

September 10th – We will be on EHFM doing a mix for the the Sheikh (pronounced Shake) hosted by Adam from Cheap Picasso.

December – New Mix for a Madrid based label

A pleasure to have you chaps pop in, thanks a lot.  I’ll be seeing you soon.