Holywell Street would like to welcome Ste Carter in again for another contribution to the blog. 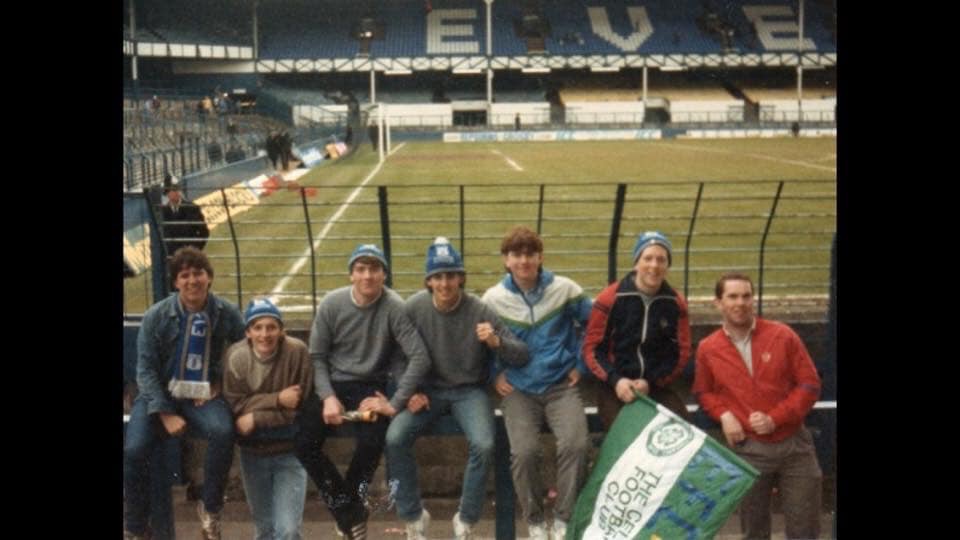 Following on from the last article, ‘There is more that unites us than divides us’  I can only echo, in some small way, the thoughts and feelings expressed there by expanding slightly on some of the themes.

It’s really tough to love modern professional football. It’s tough to love your club, even when that’s all you know, and that’s all that you can do. But it’s really tough to love a club in the English Premiership League.
This is a league that has aped so perfectly the global capitalised model of neo-liberalism that I totally despise.
As an Evertonian growing up in the sixties, it was oh, so, different. I still remember (with fondness) our beloved winger, and working class legend, Johnny Morrissey, getting pinched for storing stolen ciggies, in what was an absolute world away from the multi-millionaire mercenaries that dominate my club today, and who live in constructed bubbles that see them with almost no social or emotional connection to the club they ‘play’ for.
Now I know this blog is read by a mainly Celtic support so I’ll (by way of ingratiating myself) mention the great Lisbon Lions. No matter what side you see out on the park these days, it can’t, and never will, hold the place in the pantheon of greatness, that the 11 local lads who buried themselves for the shirt, immortalised themselves in the club’s history, and who lived the very dreams of the working class people who loved them, merit.
These were your people and they did for you something that we all know can’t happen today.

So what’s my point?

As an Evertonian, I utterly despise Liverpool FC. Yet as a proud working class socialist there’s has never been a second when I have not been 100% behind the #jft96 campaign.
Why? Because this is what unites us, not divides us.
Hillsborough was nothing but an unprincipled establishment attack by Thatcherism, with its disgraceful attempt to cover up working class deaths at the hands of state sponsored tools, and as such, is much, much bigger, than any petty football rivalries.
That’s why I applaud all attempts by fans united in their desires to reduce ticket prices; untied in their desires to promote community work to include young people in the future of our clubs; united in cross partisan attempts to stand up against all forms of terrace fascism- all of these actions are also valid attempts try to cling on to the working class coattails of our wonderful game, which is increasingly distant from its roots, which are our roots.
My final point is work with working class Hibbies; work with working class Dons; work even with working class fans of clubs you despise if their motives are class based and always anti–fascist.
As we’ve already been told correctly, there’s more unites us than divides us, and if we the working class fans are to have a future with and for our clubs, it’s now more important than ever.

One thought on “Following on …”