HWS hooked up with Bev Thompson (Aquascutum Girl) once again.  We wanted to converse over the film “Beverley” which is now viewable to watch.  Also, her social upbringing, being a Rude Girl during the two-tone scene and moving onto being a casual girl in Leicester City’s Baby Squad.  The racial tension growing up in Leicester and the political mix from Rude Girl to Casual.  This is the life of a mixed-race teen in the ‘80s.

She is one cool lady and perfect for our subculture section.

Red Casual, Angela and Paul connected with her through Skype.

How’s things?  Thanks for talking to us again.  We see the film Beverley can now be watched by everyone rather than just the film festivals.  This has raised more interest again with a lot of new viewers.

For the new readers what is the film about and what was it trying to convey to the audience?

The film was based on my childhood growing up in Leicester in 1980.  Highfields was an inner-city multi-cultural community.  When I was 11 years-old we moved to the outskirts, suburban life was a big culture shock.  I was used to the sound of Reggae, the smell of Ganja (Cannabis) and playing –outside.  I had no idea that some-one’s skin –colour was an issue, until I moved to a white conservative area.

In the film, Bev makes friends with the local kids – due to their shared love of two-tone.

Two-Tone music was ‘protest music’ made in the U.K. it was the rage against the machine and stood-up against racism and inequality.  Thatcherism neo-liberalism was killing socialist ideals and dissipating working-class communities.  It was a dark time for every-one.

Two-Tone was a music and fashion genre, a re-mix of Jamaican Ska and the sharp Black and White clothes worn by Rude Boys in 1960s Jamaican.  This style was imported and influenced 1960’s MOD Culture, (1960’s my Dad came here a Jamaican rude-boy and met my British mum who was a Mod).

Paul: How did you get involved in it?

Cass Pennant, Alex and myself were travelling by train to make the football fashion documentary ‘Casuals’ I told them about me being a Rude-Girl and moving from one culture to another.  I am mixed-race, and I guess the face of ‘1980s multi-culture Britain. Cass loved two-tone and the concept, that’s how the idea for the film got started.

The film was made in 2014 at the peak of Austerity.  The Tories were back in power and immigration back on the agenda, the far-right were becoming popular again, the rise of Islamophobia meant the Muslim community were being targeted.  Hate-crime against refugees and EU citizens from Eastern Europe were also increasing.

The protest music was now Grime.

It was the right time to make a film.

Paul: How well was the film received over the last few years?

The short film couldn’t have done any better.  We had stars like Vicky McClure, Neville Staples and the late Rankin Roger involved plus support from the two-tone community. Sennia Nenua, who played my younger sister, went on to have a lead role in the Hollywood blockbuster ‘The girl with all the Gifts’ 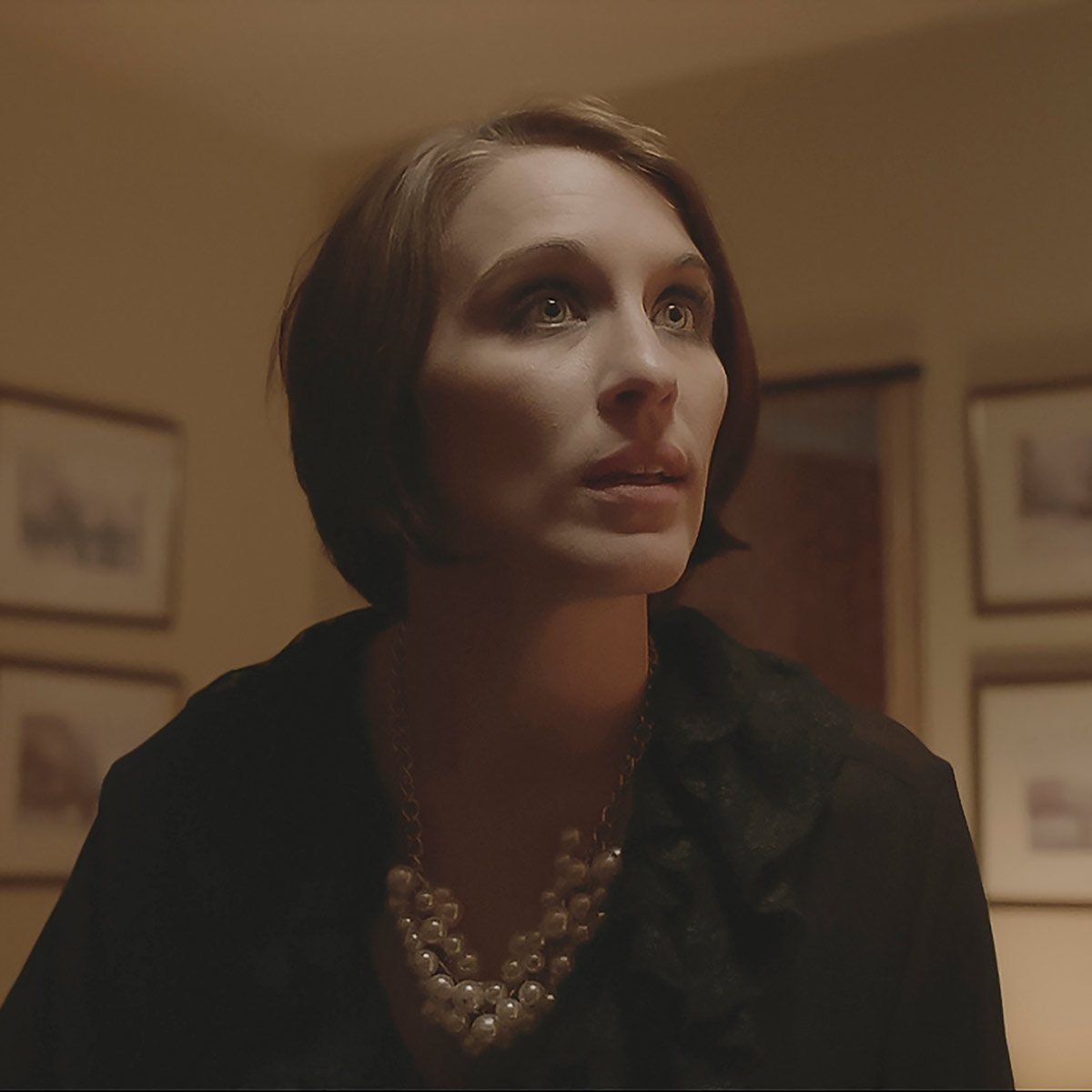 We won every award possible including making it to the last five films to be nominated for the short-film Oscar, the eventual winner had edited our film!

This is an Exclusive I have never talked about this publicly … Unfortunately the feature-film deal came along – I pulled out.  The script had reverted back to the old stereotypes were good and all the BAME characters bad.  I won’t do a feature-length version unless it is authentic.

There has been a floodgate of films dealing with Black British Identity and Black cinema is killing it.  Queen and Slim was amazing, an independent, low budget, protest film.

Angela: I transitioned from Celtic supporter to Casual by becoming friends with boys and girls of the same age around 1984.  How did your transition come about?

I was 15 years-old I hung out with a group of lads on a Saturday afternoon, we started joining in with the football- hooligan skirmishes.  As the token-female, I made sure I was one step ahead with my clothes.  My mum had a good eye too – before Casuals I wore Benetton and other designer labels.  My Dad wore Gabicci – we were a sharp-dressing family.  So, I easily morphed into Aquascutum Girl. 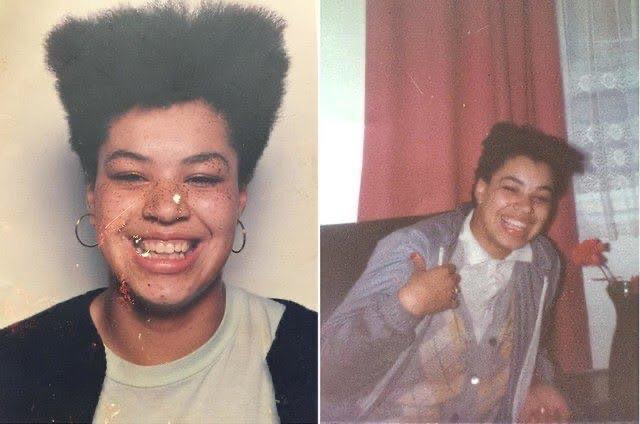 Angela: Some of the guys didn’t like us girls, others respected us. We would act as lookout and “pretend” girlfriend to whomever in our mob were under the watchful eye of the police. What was your experience?

I always preffered hanging out with the lads – I could boss them around – lol.  Boys went on adventures, which I loved!  Football on a Saturday was a build up of anticipation, a fierce battle, and then the euphoric after-glow.  It taught me self-respect, that I should be proud of whom I am and that a strong team of good mates is priceless, I am still close friends with most the lads from those days.

Angela: I am now 49 and still feel that my years with CSC and beyond are still grounding, keeps me strong as a mother and daughter. The sense of camaraderie speaks for itself. I wouldn’t change it for the world!

Those lessons I’ve passed on to my children – if you’re going to pick a tribe pick a loyal one.

In the Casual’s documentary you mention it become easier to became a casual due to Leicester’s multi-racial crew whereas Skinhead seem to get highjacked by the far-right would you agree?

The Casuals movement or being a Trendy, as I called it, meant wearing trendy clothes-expensive name brands, specifically ‘casual’ sportswear like tracksuits and trainers. Until then ‘sportswear’ was only worn if you were playing a sport! The favourite brands were Fila, Kappa, Tachini, Lacoste and Adidas.

The Skinheads still wore shirts, drainpipe jeans and Doc Martens – a style stolen from the original Rude Boys in Jamaica.  But now their divisive views seemed out-dated.  Leicester was the multi-cultural capital of the U.K. Our football firm’s head-boy was a Black Guy.

The racist skinhead had to modernise or slipped back into the shadows. We had Whites, Blacks and Asian Hooligans, the full-works, all-standing side by side, against the common enemies – rival fans and the police.  The police were vicious.  The worse violence was dished out by the boys-in-blue, her majesty hooligan squad.

Laya Lewis plays the part well would you agree?

Laya Lewis played me in the film – brilliant casting.  Laya had been in Skins a TV drama based in Bristol, so had lots of experience.  She also resembled, the young me, so she was perfect.  I wouldn’t have wanted anyone else to play me.

The Stone Foundation are an interesting band with a mix of ska, R&B and soul they do the theme tune Beverley for the film – an outstanding track. How does that feel to have a song dedicated to you?

The film’s theme song by Stone Foundation was inspired after meeting the guys at one of their Gigs.  Cass was a fan and converted me.  The song is timeless, and I never get tired of listening to it.  I feel honoured to have a song based on me but ultimately, it’s about all of us, in an image conscious world – we’re all judged on our appearance, but some more than others?

Here we go, can you give us your five favourite terrace labels 1985 onwards?

Aquascutum – Classic British Clothing – every-one needs to buy one thing from this label it will last a lifetime.

Benetton – Their advertising campaign was years ahead of its time and I love that poster, showing a global community. Their Brand has always been in style.

Fila and Lacoste who doesn’t love their logo – and flannel trackies – I just think ‘sexy beast’.

If I was buying a Trendy Label today Burberry and Pringle have got some mouth –watering garments.  They’ve up-dated their brand but stayed loyal to the original patterns.  Although I don’t know what Burberry was trying with its ‘noose’ jumper, which was disturbing!

Musically – I want to big up Skinny man album ‘Council Estate of the Mind’ – a lyrical opera.  He opened the door to the Grime genre but has never got the credit he deserved, from the mainstream music industry.

I probably know all the words, to all the songs on Bob Marley’s Catch a Fire album

Music – all depends on my mood – but let’s say anything I can stamp my feet too haha! Music that literally moves me!

I believe Celtic is your team up here, what did you think to our support for Palestine display?

Yes.  I also remember reading how  Celtic had been fined by UEFA but managed to crowd-fund 20 times that amount.  I love it when principles and action overcome threats and intimidation, but to do it for such a political hot potato as Palestine true courage and integrity.

The people of Palestine live in worse conditions then the blacks in South Africa under Apartheid, yet the world turns a blind eye – why?  Celtic are keeping the voice of the Palestine alive and that is the best use of football I’ve ever seen! Never give up, Never!

”you have to be some-one” — Bob Marley is this still your inspirational quote?

Yeah, I am an all or nothing kinda girl – that will never change.

Thanks for talking to us Bev.

One thought on “Beverley Thompson chats with Holywell Street”