I was brought up on a NW council estate in the ‘60s.

My Mum’s side were all Athlone Catholic’s. Fierce hard talkin’, drinkin’ swearin’ and fightin Aunties abounded. Parties as you can imagine were fucking great. 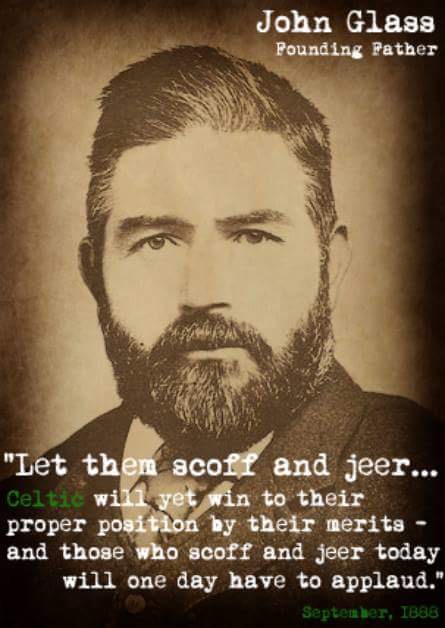 More of the above with the odd rebel LP banged on at the end of the night.

So you might think me a natural sympathiser to the republican cause and by proxy Celtic football club. Actually, nothing could be further from the truth.

I’d made my way over to you by way of my hard thought out political beliefs, and not by any sectarian ones.

I see life simply as a struggle between big capital, those who have, and Labour, those who don’t have.

Life is a battle, between the two competing interests.

It’s Them and us. It’s a simple as that.

If that is your basic starting block then there is no place there for monarchy within that frame of reference, and therefore sympathy for Irish, or indeed any, Republicanism is a natural precursor.

As far as football goes, I’ve no interest in ‘sectarianism’ in any form, but I vehemently oppose the idea that one of my friends has that the Glasgow Derby is ‘two cheeks of the same arse’?

The sad fact is that the other side represents Unionism, at times blatant racism, and that hideous willingness to be subservient to unelected powers like the monarchy.

So They are a world apart.

It’s why I despise Gerrard.

Not because he’s a Kopite, but because, if we scousers, and I’m a poor one at that, stand for anything, it’s everything that he has seemingly rejected.